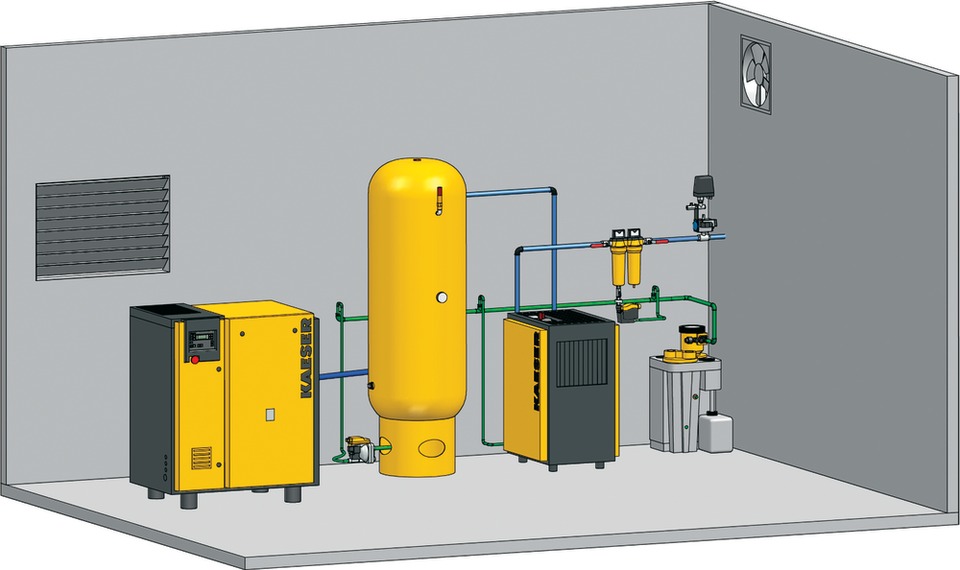 Compressed air systems consist of several main subsystems and components. Compressed air systems can also be divided into two parts: the production side and the consumption side. The production side includes compressors, air handling, and primary storage facilities. A well-managed system will produce clean, dry, stable air delivered to the desired pressure reliably and economically. The main sub-systems for producing compressed air normally include the air intake, air receiver tank  the compressor air (fixed speed and/or variable speed ), the after-cooler, the engine, control devices, air handling equipment, and accessories.

How does a compressor work? 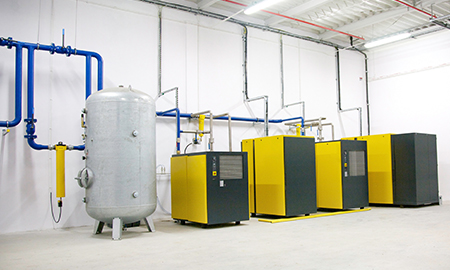 Important steps of the process:

The air that is pushed into the tank will compress and its molecules will bounce off one another strongly to try to escape into the atmosphere. This compression stores energy that can be released to operate a tool. The greater the amount of air trapped in the tank, the higher the pressure and the more energy will be ready to be released.

Once the air is released the pressure in the tank will decrease. The molecules of gas being released little by little. For individuals, it is especially volumetric reciprocating compressors that are acclaimed… The volumetric compressor is the most common, in this category, there are alternative types (with a piston) and rotary (screw).

How does a piston air compressor work?